In my first attempt on video, I became world record holder for the Big Toe Field Goal. From 9 feed out, I used my big toe to flip a dime through uprights fashioned from one of Beau’s many mobile homes.

I own the record knowing no one else has attempted it. But a quick YouTube search has yielded at least two competitors. One and two.

Bring it on. My toe is ready.

“I’m trying to put some Karma out there. I’ve been donating money to a bunch of bullshit charities I don’t care about.”

The topic of cell phones is on the cusp of surpassing weather as the de facto small talk subject. iOS7. Which service provider gets the best coverage. Whether or not the NSA is stealing your fingerprint data on your new iPhone 5s. How the word phablet could possibly have made it into the Oxford dictionary.

Why can’t we stop talking about our phones? Perhaps it’s our perpetual usage, checking them 150 times per day. We don’t give our brains much time to think about the off-screen world.

However, we may be nearing a tipping point or at least the acceptance phase. Articles and videos that announce the mass revelation of our mobile addiction are going viral. We share and “like” these stories on the smartphones they condemn, all too aware of the irony in doing so. Yet we can’t stop.

And the business machine doesn’t want us to.

Verizon recently unveiled a new plan, Edge, that allows you to purchase a new phone every 6 months. That’s crazy. My girlfriend has managed to survive with the same phone for 36 months and counting! Apple just launched two new models and is seeing record sales — 9 million in the first 3 days.  We’re obsessed, and we know it. Businesses know it too and are reaping the profits.

If we’re to return to a less-connected life in which the day’s temperature remains our go-to conversation starter, we need to accept that our fully functioning iPhone 4s is as relevant today as it was a week before the iPhone 5s announcement

Two years ago, as the #firstworldproblems meme was flourishing on Twitter, I tried to start up a similar trend — #firstworldfears. Besides a few retweets I got, the hashtag never really caught on. I’d like to give it another shot at glory. 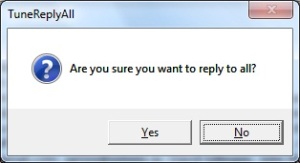 3.) My luggage not fitting into the overhead compartment #firstworldfears

There are four of us Munsell siblings. We’re all very close in age, so there has been an ongoing conversation between friends and family of which Munsell kid will be the first to have a baby. I wouldn’t be surprised to learn that there are some serious wagers on it.
Two months ago, my sister Hilary called me on Facetime. I picked up, and she greets me, “Hi Uncle Mike.” Baffled, I paused and then told her I didn’t know what to say — she wittily retorted, “Try.. Congratulations”. She was having a baby. Anyone who put their money on the second youngest, or the only girl, just took the prize.
Hilary went in for an ultrasound yesterday, and got more than just a few snapshots of the baby inside. She learned that she will be giving birth to a baby boy. She’ll be a mother to a son. Our parents will have a grandson. I’ll have a nephew.
It’s real now, and I finally know what to say. A new generation of our family is just beginning, and I couldn’t be more proud or excited. Congratulations Hil!

I’ve returned from a New Orleans vacation with outlines of three blog posts scribbled on airplane napkins. One topic is Father’s day, though slightly belated at this point. Fortunately, I’m not vying for page hits.

I imagine one of the goals of a father is to instill life lessons and learnings into his children. He might think these are going to come from long lectures or stories from his youth. Yet, none of those come to my mind. Instead, much of my character has been shaped by small comments or emotions shared by my dad. Fleeting moments that he probably thought nothing of at the time, nor remembers to this day. I’d like to share a few tenants I live by and the moments behind them.

I first learned about political parties in a middle school social studies class. I came home and asked my dad, “What are we, Republicans or Democrats?”

Without flinching my dad replied, “I’m a Republican. You can be whatever you want to be.”

The topic hit pretty close to home for him, as he grew up with Democratic parents and later became quite conservative. Like father like son, I also diverged from my parent’s political beliefs. My dad probably regrets that comment now.

Work for what you want

My first real job was at a local pizza shop, a few miles from my house. I started as a dishwasher but soon began working the front, manning the ovens, and even making pizza. One day the owner showed me how to make subs — cold cuts, meatball, chicken parm, you name it. Yet, when I tried to fold, cut, and wrap them, the subs would somehow explode. I can’t explain the physics of it, but I’m sure the unfortunate customers could vouch for me.

My dad asked me one day how the job was going. I told him that I liked making pizzas but I can’t make subs.

“What do you mean you can’t make subs?”

Here’s a guy whose first job was making subs. His second building swimming pools, and later remodeling houses. And his son can’t even make a decent ham & cheese.

I don’t remember exactly, but I was probably embarrassed. At 14, if things didn’t come naturally to me, I would often quit, assuming I didn’t have the necessary talent to perform that activity. After that brief conversation, I started to change. I began to put more effort into my work. The next shift, I took on all of the sub orders until I perfected the fold, slice, and wrap.

Think about how your actions (or inactions) will affect others

My neighbor’s husband died unexpectedly. He was probably in his 40’s, I think I was about thirteen. Sometime that week my neighbor called my house, asking if one of us would be willing to clean out the van of her deceased husband. She was willing to pay $20.

Politely, I declined her offer. “No thanks.” My tween reasoning was probably laziness or that I was saving her $20.

My dad later found out about the conversation that I had with the newly widowed neighbor.  I don’t remember what was said, but the emotions were clear: anger, frustration, sadness. I completely let our neighbor, his friend, down during what had to be one of her darkest moments.

I do very little today without thinking about how it’s going to impact others. In fact, vacationing in New Orleans during Father’s Day weekend was a tough decision. I’m hoping this makes up for it.

I’ve wanted a hobby for some time now. An activity where you can acceptably use the word  “tinker”. I wanted to be able to immediately connect with a stranger who shares the same hobby, instead of partaking in the American ritual of uncomfortable small talk. Something that is a creative outlet and has an end result. Something more fulfilling than evenings scouring Twitter and Reddit for half chuckles and cynicism-fueled opinions.

I found that hobby: homebrew. It’s often social, meditative, and a bit creative. It also doesn’t hurt that the end result is a drinkable beer.

I was hooked after the first batch — a brown ale brewed in conjunction with a slightly more experienced friend. After three weeks fermenting in primary and two weeks conditioning in bottles, we cracked our first brew. It was damn good!  We hosted a tasting party a few weeks later, and the feedback was unanimous — we made a delicious beer. One friend commented, “If Mike can make this, homebrewing must be really easy!” A dig, but mostly true.

Cheers to my first beer!

I’m still in amateur-land, brewing with just extracts and steeping grains instead of a full all-grain batch. Yet that doesn’t deter me from brewing flavorful concoctions with ingredients like habanero peppers, cacao nibs, coriander, among others. With each new batch both my equipment arsenal and skill sets grow , as they should for a good hobbyist.

I’ve read that writing is a muscle, one that I’ve be neglecting. My pen-cep is saggy and my digits weak, as it’s been five years since I graduated college and even longer since I wrote about anything other than corporate strategy and finance.

The blog will be my gym. Beer and coffee, my protein shakes. The first few weeks and posts will be painful, perhaps even embarrassing. But, I look forward to the struggle and eventually, results. 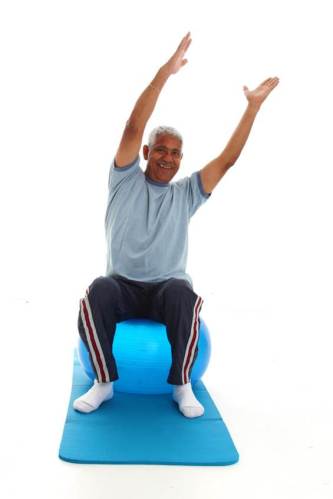 Taking it easy on my first day back at the gym